The dark side of travel doesn’t get talked about enough, which is understandable, but there needs to be more awareness.

This isn’t to scare anyone, because travel is medicinal, fun, relaxing, exhilarating, and more—especially solo.

As an avid traveler, I’ve had plenty of enjoyable trips, despite having terrible experiences. In some situations, I was lucky enough to have friends around and didn’t have to go through it alone. But other times, I was traveling solo.

My hopes are through my experiences, I can help someone better prepare for their trips.

Scheduling my domestic flight too close to my international flight.

I thought “hmmm, all I need is a 3-hour window” and I WAS SO WRONG. Of course, my domestic flight would be 2+ hrs delayed and ultimately made me miss my flight. What’s so terrible is getting to Thailand during COVID-19 restrictions makes everything difficult.

Your flight must match your Certificate of Entry, and Fit-to-Fly or they won’t let you in the country. I could feel anxiety shooting throughout my body.

I already paid for my quarantine accommodation, my covid test was only valid for 72 hrs, and I desperately wanted to rest.

Multiple calls and conversations later, they ended up letting me on the next flight, but I had to prove my previous flight was delayed.

When I was in the Philippines, I hopped on a bus to get from the airport to my next city. Not asking questions, I ended up in a city that was 2 hours from where I wanted to go.

Being adaptable, I told myself I would just stay the night and work things out the next day. NOPE, that couldn’t happen.

None of the hotels took cards, and ATMs were nonexistent. I had to get back on the bus and head back to Puerto Princesa. Which brings me to my next situation…

Not having enough cash/running out of cash

By the time I got to Palawan, from Cebu, I had exhausted most of my pesos. I tried to withdraw more money at the airport, but the ATMs weren’t working for me. I figured I’d just hop on the bus and get more cash in my next city. But like I said before, I ended up in the wrong city.

To this day, I’m not sure how I had enough Pesos to get me back to Puerto Princesa.

On my way back, I booked a hostel online. I arrived there, got settled in, and was ready to find an ATM. This German woman offered to accompany me on my quest. We walked all up and down the main street. ATM after ATM was offline, and the other ones only took local cards.

At this point, I was ready to throw the towel in.

I tried my hardest not to look defeated in front of my new friend, but I swear, that day was testing my patience.

Yes, I could have been better prepared by having more cash—there’s no doubt about that. But there was no way for me to know all these ATMs would be offline or unavailable to foreign cards.

I wanted to scream, cry, go back home.

After several more attempts, I finally found an ATM that worked and withdrew more than enough cash to last me.

Getting robbed in Vietnam

I’ve shared this story plenty of times and even wrote about it.

Basically, I was on the back of a motorbike cab—late at night—and someone with a mask on came alongside the vehicle and snatched my phone out of my hand while I was texting my friend. Then my driver tried to drop me off at a location that was NOT my hostel. I’m thankful I made it out safely.

This sucked because I had to navigate my next country phoneless and I was traumatized, especially since this was my first time out of the country solo.

Everyone warned me about Bali Belly, but who knew it’d be the western vegetarian food that would have me hurling up my insides. My last day in Bali, I took a break from the cuisine and got pizza. As I chewed, something tasted off.

I thought maybe it was the seasoning that was weird.

Fast forward to the next morning—I’m headed to the airport to fly to Singapore. Soon as I make it through security, my stomach starts hurting and I have to vomit. I jet to the bathroom and up comes everything from the last 24 hours, gross I know.

I really thought that would be the last of it, but after I got to Singapore, I couldn’t keep any food down. Deciding to rest, I missed an entire day of travel and was only there for two days, but I didn’t have the strength to do anything.

I won’t go into too much detail, but IYKYK. For Holi Fest, the entire hostel ended up getting woozy. And it makes for a funny story now. In that moment, everyone felt terrible—I know I did. Dark thoughts surfaced for me. People were tearing up, some were falling asleep, but everyone was out of it.

Wasn’t until I got back, showered, took a nap—that turned into an early night’s rest—that I felt better. 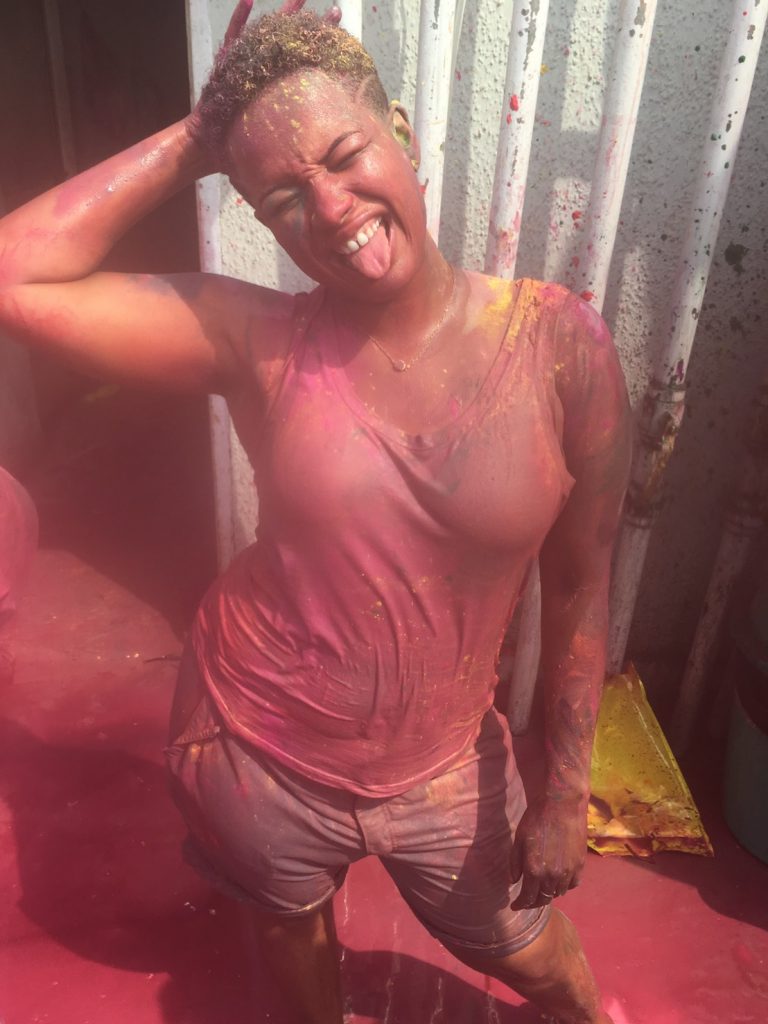 Being stood up by Airbnb Host

My friends and I took the bus to Brussels, then took the metro to get to our Airbnb. So, you could imagine how exhausted and ready for sleep we were. On our way to the place, I’m messaging the host to let him know “we’re on the way.” We get there, I shoot him another message “hey, we’re here!” No answer.

The door is unlocked, so we walk in and up the narrow pathway—all the way to the top. Not a soul in sight. We go back outside and knock on the neighbor’s door. He lets us in and tells us to wait in the common area before he leaves to make a call.

My friends and I are sitting there contacting Airbnb. Something about the situation doesn’t feel right, so we get up and leave. We were also in a neighborhood that didn’t feel safe to us. So, we found the nearest café, and looked for a new place there.

Not only was it super inconvenient, but our guts were telling us something was off.

Getting Harassed in Sri Lanka

I talked about how on my backpacking trip to Sri Lanka, India, and the Philippines—there were two incidents where I was harassed.

The first incident was in Sri Lanka on a bus. A man put his crusty fingers on my upper thigh and I pushed his hand away. At first it upset me I didn’t do more, but in that moment—I did the best I could. That was me finding my voice.

Getting Harassed in The Philippines

While I was in the Philippines, one of my hostel roommates stroked my arm while complimenting me. I cringed, and a few days later he did it again. My friends witness it as well, and I could feel the blood rushing to my face in embarrassment.

I walked away, because in that moment it felt like the powerful thing to do. But after encouraging myself to stand up for myself, I turned around and confronted him. He argued with me, while making it seem like I was wrong for not liking it.

I initially felt scared, helpless, and stuck in those moments—but I ended up standing up for myself both times. And I’m super proud of myself.

These experiences have changed the way I travel and given me a new sense of gratitude. No matter what happens, I am safe and taken care of.

Happy Valentine's day everybody!!! This is how you

#fbf to that one time I fell in "love" abroad. ho

Finding community aboard is important, especially

These 7 travelers have all inspired me, and will d

Look at all this beautiful melanin in Lisbon 😍

This website uses cookies to improve your experience while you navigate through the website. Out of these, the cookies that are categorized as necessary are stored on your browser as they are essential for the working of basic functionalities of the website. We also use third-party cookies that help us analyze and understand how you use this website. These cookies will be stored in your browser only with your consent. You also have the option to opt-out of these cookies. But opting out of some of these cookies may affect your browsing experience.
Necessary Always Enabled
Necessary cookies are absolutely essential for the website to function properly. This category only includes cookies that ensures basic functionalities and security features of the website. These cookies do not store any personal information.
Non-necessary
Any cookies that may not be particularly necessary for the website to function and is used specifically to collect user personal data via analytics, ads, other embedded contents are termed as non-necessary cookies. It is mandatory to procure user consent prior to running these cookies on your website.
SAVE & ACCEPT
162 shares
162 shares