The pictures and blog posts certainly make Barcelona seem like a place you’d want to explore. I mean, who wouldn’t want to? You have access to pretty much anything—greenery, food, history, and people. But before visiting Barcelona, these are some helpful tips you’d need to know.

Since Barcelona is in the Mediterranean, it has a subtropical climate. Expect humid summers and wet + cool winters.

The summer is the best time to go though. It’s typically in the 80s and trust me, you’ll feel the humidity. That blazing Mediterranean heat had sweat dripping down my back every day lol.

Wandering around Barcelona in the summer goes unmatched; people eating outside at restaurants, hanging at the park, festivities and social gatherings.

But if you like cooler weather, it might be worth it to go in September-November for the fall. The temperature will be in the 60-70°F (22-25°C) and best believe, you’ll need a jacket to go out at night.

The winters are cool, but not as bad as northern Europe. Barcelona can range anywhere from 46-59°F (8-15°C) 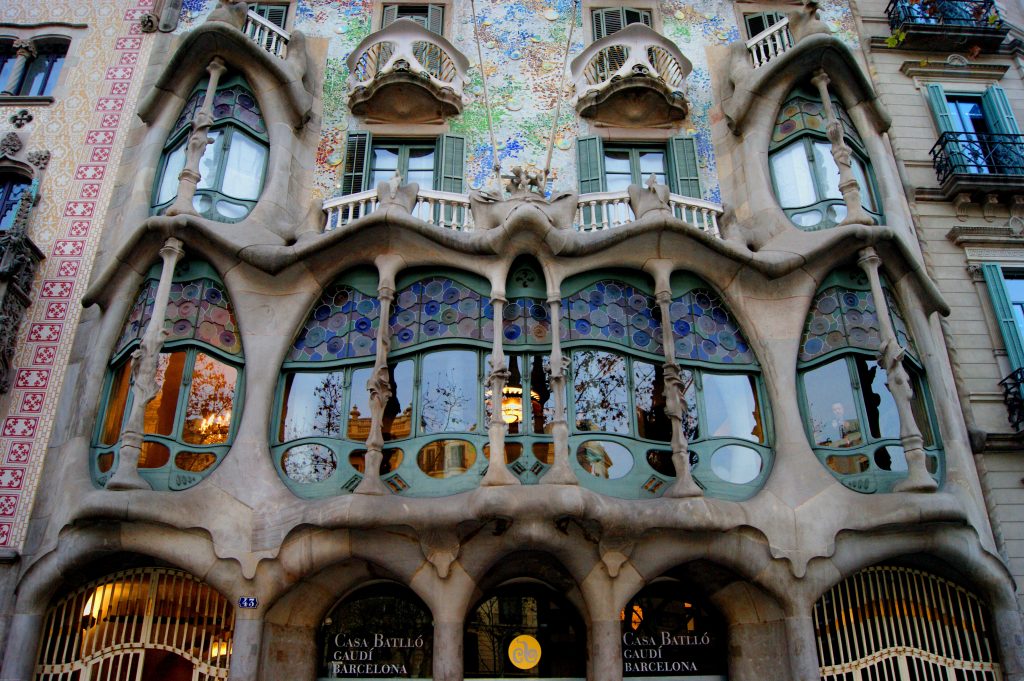 Even though Barcelona is a big city, it’s very walkable.

I made the mistake of buying a three-day metro pass and got little use out of it, but I’m also someone who enjoys walking. If there’s a place that’s within 30 minutes of walking, just know I’m going by foot.

My 3 day itinerary included much walking, and the only place I had to take a metro to was “outside” of the city.

Walking isn’t for everyone, so you have other options.

You can take public transportation like the metro, bus, or train. Before visiting Barcelona, download google maps offline so you can navigate to different places. That way, you know which line to take, and in which direction.

Uber, FreeNOW, and Cabify are all ridesharing apps you can use to take a taxi. This is much easier and, sometimes, cheaper than a cab.

Speaking of taxis, you can also grab a regular taxi on the street. Make sure that you negotiate a rate beforehand or request for the driver to run the meter.

BCN airport is HUGE! So much that if you want to walk from one terminal to another, it would take almost an hour. I found out the hard way, when I accidentally took the bus to terminal 2 instead of 1.

That was one of the many reasons I ended up missing my flight.

Before your flight, double and triple check your terminal. Also, give yourself ample time to get there, check in, and settle down.

It’s about 25 minutes from the city center, so not too far.

Barcelona is a part of the Catalonia region of Spain, and although they speak Spanish—Catalan is their first language.

Many times you’ll hear people speaking Catalan, but you’ll see signs written in both Catalan and Spanish. Don’t assume that most people speak English because there were times I had to pull out Google translate.

I definitely recommend downloading both Catalan and Spanish on your translator before visiting.

My stomach is growling just thinking about those yummy tapas I ate in Barcelona. Mmm mmm mmm.

Barcelona is a foodie’s paradise. Seriously, every street you walk down, you’ll see a restaurant or cafe.

As a vegetarian, I found quite a few tapas I could eat like: pan con tomate (tomato sauce on bread), tortilla (potato omelette), and patatas bravas (fried potatoes with sauce). Expect to pay 3-6 € for each tapa.

Of course you have to try paella—I’ve heard raving reviews (but didn’t try any)! More times than not, it’s made with seafood, but if you search around, you can find some veggie options too.

As far as desserts go, you’ll have to try the churro con chocolate—fried dough drizzled in chocolate sauce. Or you can dip it in the sauce yourself.

The food in Barcelona is SAVORY, and much better than I expected. 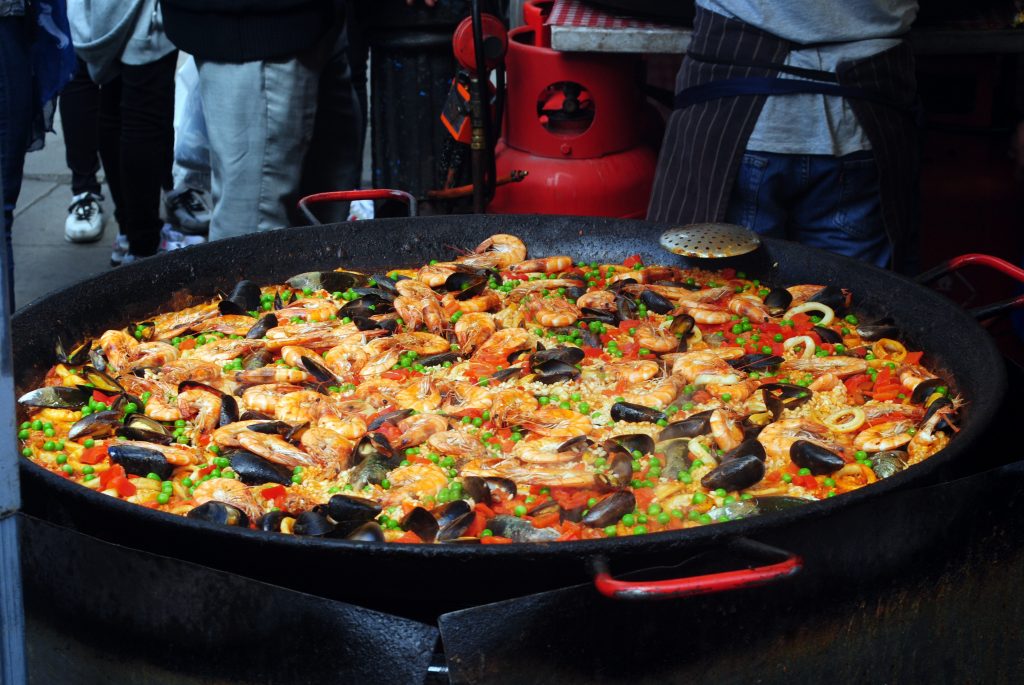 As a solo female traveler, I felt mostly safe in Barcelona. There were a few instances where men tried to approach me and even one who was persistent.

Other than that, it was easy to navigate alone. I didn’t feel like I had to take any more extra precautions than I normally would.

Before visiting Barcelona, you should know that pickpocketing is common—especially in touristy areas like La Rambla or on the metro.

This could be said for any major city.

I would suggest keeping your belongings close to you and following these 9 tips, whether you’re solo or with people.

Areas to Stay in

Gràcia is the ideal area. You can walk to the museums in 15 minutes or less. You can hop on the metro to go to the beach. Gràcia has plenty of restaurants and is a vibrant area to be in.

It’s also considered one of the safest areas in Barcelona, and I had no issues at all when I stayed there.

Barceloneta is another excellent location, especially if you want to be closer to the water. That way you have space to unwind, but also be close to the tourist hotspots. 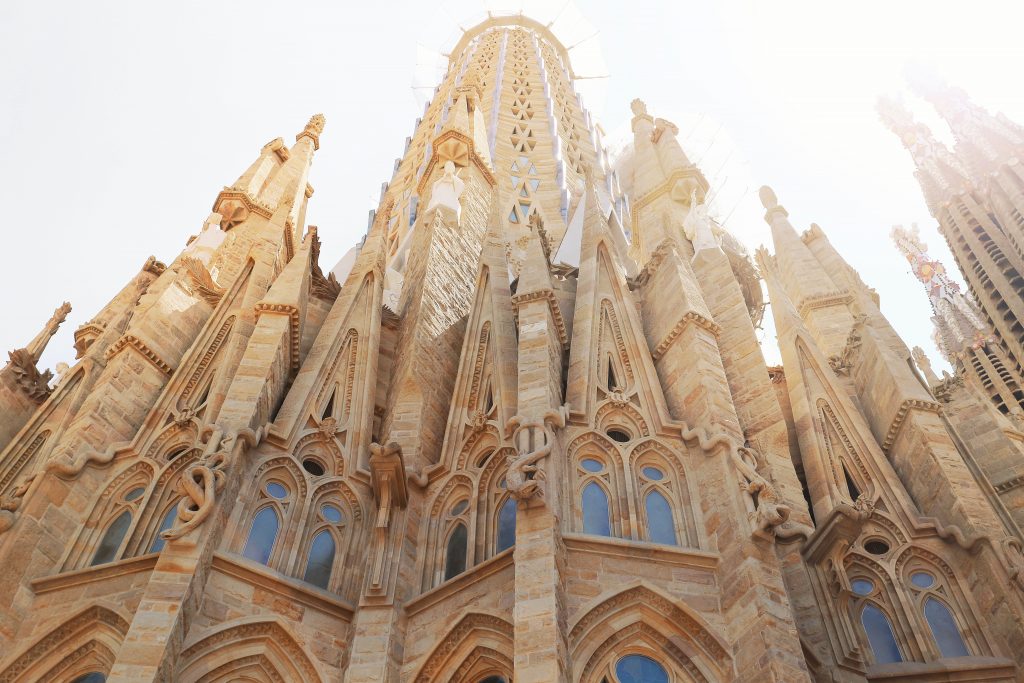 You can literally wear whatever you want—well, within reason.

Since it’s a western city, you’ll see people dressed modestly and those who want to show more skin. If anything, you should dress for the weather and wear what makes you feel comfortable.

Before visiting Barcelona, I assumed you needed to dress modestly because of Catholicism in Spain. But I saw people dressed the same way they do in the US.

Lots of people were wearing sneakers—even with skirts or dresses on. Whatever you do, just make sure you have comfortable walking shoes, you’ll be doing a lot of that!

For US citizens, you can stay up to 90 days in Spain without a visa. It doesn’t hurt to check out the latest travel requirements and restrictions on Travel State.

If you’re not a US citizen, I recommend checking your government’s travel website for more info.

This will give you an idea of prices you’d pay in Barcelona. My daily average was $70. If you want to splurge, but still budget, you could easily stay under $200/day.

Hopefully, these tips will help you before visiting Barcelona. The city has an aura to it, one that you will enjoy. If Barcelona is on your bucket list, drop a comment below and don’t forget to subscribe to stay up-to-date.

A Lisbon transplant, entrepreneur, educator, and wellness blogger who enjoys sharing my international adventures + helping others to relocate abroad.

We had a blast in Cape Town celebrating my girl @g

Excited for what we have in store for 2023! @black

My ranking based on this list. If I had to do my o

3 Days spent in Rome. The food is definitely wor

NGL, Madeira was underwhelming (despite the song l

Travel story: how I made a lifelong friend while i

This website uses cookies to improve your experience while you navigate through the website. Out of these, the cookies that are categorized as necessary are stored on your browser as they are essential for the working of basic functionalities of the website. We also use third-party cookies that help us analyze and understand how you use this website. These cookies will be stored in your browser only with your consent. You also have the option to opt-out of these cookies. But opting out of some of these cookies may affect your browsing experience.
Necessary Always Enabled
Necessary cookies are absolutely essential for the website to function properly. This category only includes cookies that ensures basic functionalities and security features of the website. These cookies do not store any personal information.
Non-necessary
Any cookies that may not be particularly necessary for the website to function and is used specifically to collect user personal data via analytics, ads, other embedded contents are termed as non-necessary cookies. It is mandatory to procure user consent prior to running these cookies on your website.
SAVE & ACCEPT
2 shares
2 shares